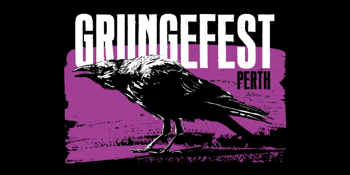 TICKETS ON SALE 9AM TUESDAY 12 JULY
Register with Oztix Waitlist above to be notified when tickets go on sale!
Tickets will sell fast!!

GRUNGEFEST PERTH is back in 2022 for the ultimate inner city tribute to 90s alternative rock, an era when bands ruled the stage, and the city was home to legendary sweat filled venues such as the Beat Room, The Shents, The Firm, The Lone Star, Hyde Park and The Grosvenor.

Time warp back to the heady days of the 90s, and relive the memories at BADLANDS BAR on SATURDAY 5 NOVEMBER, as a massive line-up of grunge fuelled tribute acts perform 90s classics from rock legends NIRVANA, PEARL JAM, SOUNDGARDEN, STONE TEMPLE PILOTS, ALICE IN CHAINS,  SMASHING PUMPKINS and SILVERCHAIR plus THE DROP-D DJS mixing up all your 90s grunge and alternative dancefloor favs!