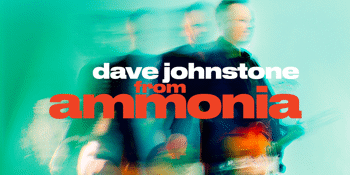 With special guests The Leap Year & Lonesome Dove
Badlands Bar (PERTH, WA)
Friday, 8 July 2022 8:00 pm
13 days away
18 Plus
Grunge
Indie
Rock
Alternative
Send this event to
For the first time in nearly 25 years, Ammonia frontman Dave Johnstone will be returning to Perth stages with a new band to perform all the old hits and some brand new material.

For those coming in late, Ammonia were the iconic power three-piece (later four-piece) who led the way for the explosion of WA acts into the global consciousness in the mid-1990s. They were the first act signed to the legendary Murmur label (later joined by Silverchair, Something For Kate and Jebediah, among others), before releasing their albums “Mint 400” and “Eleventh Avenue”. The classic tracks ‘Drugs’ and ‘You’re Not The Only One Who Feels This Way’ both featured in the recent RTR-FM poll of the Top 45 WA songs ever.

Don’t miss this chance to see Dave and his band along with special guests The Leap Year and Lonesome Dove on Friday July 8 at Badlands Bar. Get your earplugs ready and join them for a night of volume and shenanigans!